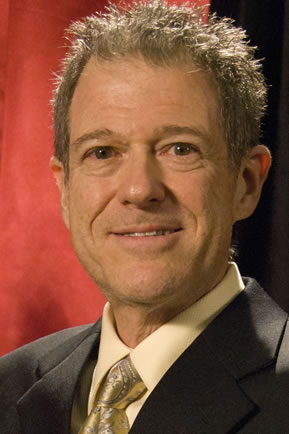 Jeff Ravitz was awarded a Primetime Emmy® for Bruce Springsteen and the E Street Band on HBO and was previously nominated for Cher . . . Live at the Mirage. He has also received two Los Angeles Emmys® for his designs of LA area programs, seven Emmys® from the Pacific Southwest chapter of the Academy, and one from the Michigan chapter, in addition to four Telly Awards for television designs.

Well-known for years as Bruce Springsteen’s lighting designer, Jeff has since forged a reputation for transforming live entertainment performances and arena extravaganzas into exciting, but also broadcast-proper, television shows.

In 2010, Jeff was the lighting director for the Vancouver Olympics nightly Whistler Plaza medals ceremonies and concerts, which were broadcast internationally.

Jeff frequently consults on the conversion of other designers’ stage lighting into television-proper designs, with an emphasis on retaining the vital qualities of the original. Notable examples include DVDs and broadcasts for Journey, Rush, Jay Z, Rod Stewart, Sheryl Crow, Maroon 5 and Carrie Underwood.  He has adapted three stage productions at the Minnesota Opera for PBS broadcasts.

Jeff has served as broadcast lighting consultant for the Coachella, Lollapalooza, Outside Lands and Life Is Beautiful festivals.

In addition to his television and live entertainment designs, Jeff has also designed for permanent installations such as the lighting system for the Nokia LA Live Theatre and Nokia Times Square (now renamed Best Buy Theatre), as well as for TV newsrooms, theme park attractions, and retail establishments.

Jeff is a popular lecturer and has delivered talks and presentations throughout the world. He is the host and creative consultant of the Live Design Magazine TV and Concert Master Classes on lighting design, and has participated in numerous panel discussions on the creative and technical aspects of the craft.

Jeff was named the Parnelli “Lighting Designer of the Year” and is an active member of the Academy of Television Arts and Sciences, the International Cinematographers Guild/IATSE Local #600 (Director of Photography), the United Scenic Artists, Local #829, and the Illuminating Engineering Society of North America. He is a graduate of Northwestern University’s theatre department and is a founding partner of design firm Intensity Advisors, LLC.