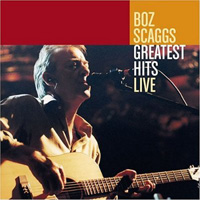 Jeff Ravitz designed the lighting for the recently-released Boz Scaggs high definition DVD shot at the historic Great American Music Hall in San Francisco last summer. The show was shot over a two-day period so the DVD could incorporate performances from Boz’s highly-praised jazz album on the first night, and his chart-topping pop hits on the second. The show is slated for broadcast as a PBS pledge drive special.

Ravitz elaborated on the details of the shoot. “The Music Hall was a major 1930’s dance hall and has most of the original classic architecture intact. We endeavored to highlight all that beauty so the viewer could enjoy the concerts’ surroundings fully.

“The jazz night was set up as a nightclub scene with couples at cocktail tables as part of the stage background and lush draperies completing the scene. Boz’s small backup combo and vocalist were exquisitely helpful in completing the mood of the period. The director, Larry Jordan, and I, discussed the look of the piece for months and referenced the black and white photos of Edward Weston as an inspiration for the lighting.  At one point, we considered shooting in black and white, but when we showed Larry and the producers the finished lighting on-camera, they felt the subtle colors made the look all the richer while still capturing the film noir influences they desired.”

As it turns out, the current DVD release contains only bonus tracks of the jazz night. The “hits” show on the second night was so powerful that the producers decided that this should be the first release.

Ravitz continues, “The second night was magical in its own right. We transformed the club, once again, into a concert venue, changed the on-stage scenery and squeezed Boz’s much larger rock band onto the tiny stage.  With some quick re-programming that afternoon, we were ready to shoot in a much more contemporary style than the jazz show demanded.”