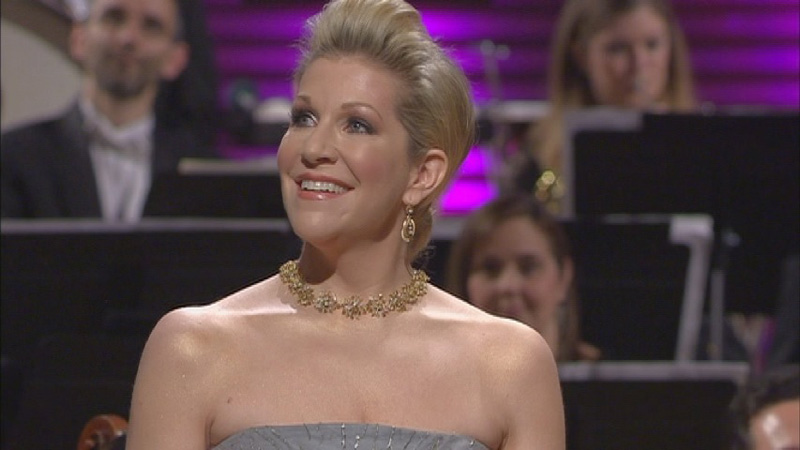 Orchestras present more than their share of lighting challenges if the intention is to do more than simply illuminate the musicians and their sheet music.  Audiences today have greater expectations because of the excellence of production values that are abundantly seen on television, theatre and concerts. The producers all want a bit of that for their show. However, for a classical concert or symphony performance, we know that distractions are frowned upon.  The musicians are also quite sensitive to glare, shadows, and colored light on their charts or in their eyes.  So, for a production such as Homecoming, finding that sweet spot was the task at hand—that perfect balance between comfort for the musicians and a good look for the PBS television audience, as well as for the patrons of the extraordinary Kauffman Center for the Performing Arts, in Kansas City, Missouri.

Add several more elements:  One, the main attraction of the evening was to be award-winning mezzo-soprano Joyce DiDonato, appearing onstage in her hometown at long last.  She must be lit beautifully and sensitively for the pieces she will perform.  Two, the orchestra members and conductor Michael Stern have hearing that would make a bat jealous.  The fans that cool our automated fixtures sound like thunder to them.  Big problem.  Three, the Kauffman Center is a modern performance facility, but still not a “theatre” with all the lighting positions that a designer would dream of having.  Four, the unsuspecting audience would need to have light on them during the performance and certainly for applause moments.

Fortunately, everyone was on the same team, so we had cooperation and understanding—but the requirements were the requirements.  A design was created that provided even, balanced light on the orchestra from angles that maintained dimensionality without blinding them.  They even agreed to forego their music stand lights.

Since the outer ring of orchestra members was close to the back wall of the stage, the lights on those musicians were shuttered and positioned to avoid spill on the backgrounds. As for those backgrounds, walls and columns were given a treatment of color by rented LED fixtures hidden on the floor all over the stage and, indeed, the entire main room.  Joyce and the conductor were given precisely placed backlights.  Joyce’s keylight was a followspot.

The Kauffman Center does have a quantity of fan-less moving lights that we used to supplement the fill light on the orchestra, to light the architectural elements of the theatre, and to illuminate the audience.  The moving lights that we rented to augment the overall production values of the show were neatly packed away, except for three.  This served as a never-to-be-forgotten lesson for the lighting designer about fan noise and classical musicians in a performance space with ultra-superior acoustics.

Our production values were as classical as the music, itself.  Light the performers to make them look their best on-camera and in the room; create interesting and tasteful background treatments that could vary with the specific piece of music being performed; and…less truly is more. 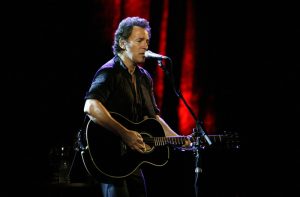 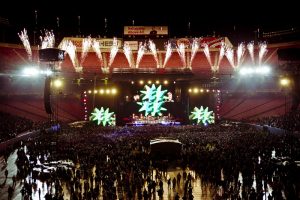 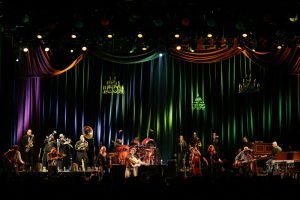 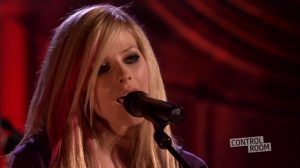 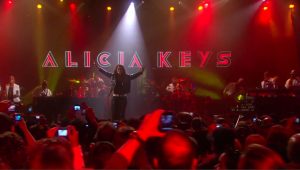 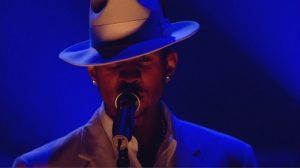 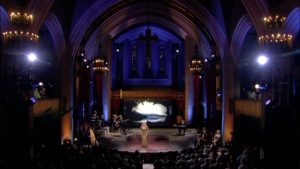 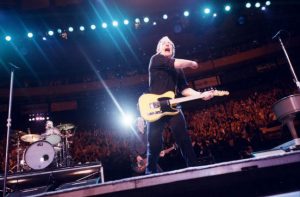 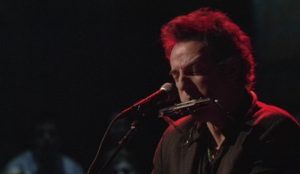 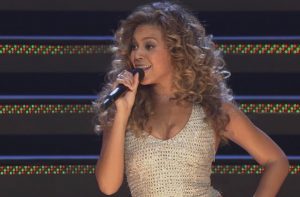 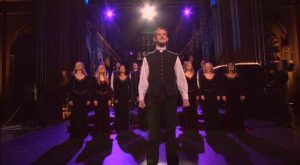 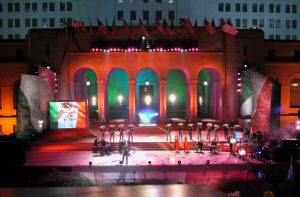 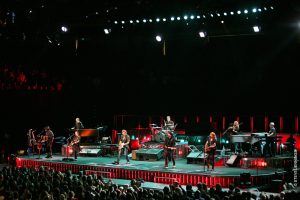 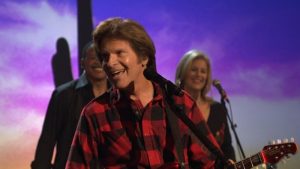