There is a growing interest in bringing great opera to a wider audience via television, movie screenings, and the internet.  The productions are lavish, the music is lush and complex, and the voices are of incomparable beauty.  But, the techniques for lighting design that are applied to live theatrical entertainment do not always satisfy all the requirements of a television broadcast.  The camera can show a close-up view that appears to be inches from the performer’s face.  This can reveal shadows and details that will not be apparent to the live audience in the theater.  And, in wide shots that show the stage from one end to the other, scenic elements must be treated differently to assure that they read on-camera in a way that balances the overall composition.  There are many other lighting considerations, as well, including color balance and brightness levels.  Therefore, we are often brought in by the producer of a television version of a live show to adjust the theatrical lighting to make it more camera friendly, while still retaining the aesthetics and conceptual approach of the live production. In many important respects, this is the same process of adaptation as for a broadcast version of a live rock concert.

Minnesota Opera, performing at the Ordway Center for the Performing Arts in St. Paul, MN, has made a commitment to presenting a portion of their season to television and internet audiences.  We were invited by director, Joe Brandmeier of Moving Pictures, Inc., to help adapt their productions of Bernard Herrmann’s Wuthering Heights, an original, commissioned operatic version of Christian Carion’s screenplay for his film, Joyeux Noel, entitled Silent Night, and most recently, for another original production, Doubt, with libretto by John Patrick Shanley, adapted from his own play and screenplay of the same name, with music composed by Douglas J. Cuomo.

For each production, we start by closely collaborating with the show’s theatrical lighting designer to understand their concept and intended direction. When possible, we will add some fixtures to cover areas that the original lighting might not include, or to achieve angles that are more TV-friendly. We also add lighting to illuminate the orchestra, who will get some camera time for the broadcast. We then spend a day adjusting lighting cues to balance brightness levels and color, and another day focusing any specially added fixtures.  Often, there are numerous set changes throughout the opera, with each requiring individual attention. The intended result is that the in-house audience does not perceive that we have made these adjustments, but that the camera does benefit from the changes. 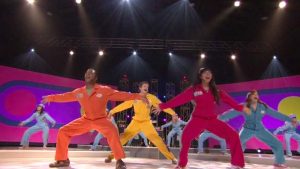 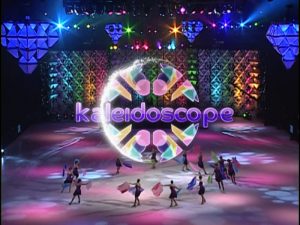 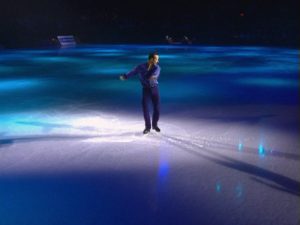