Jeff Ravitz, longtime LD for Bruce Springsteen and the E Street Band, got a surprise call in late 2011: The Boss would once again be hitting the road with the 2012/2013 Wrecking Ball tour… 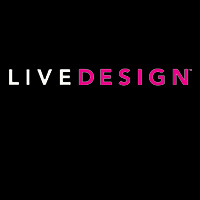 Intensity Advisors Looks Back on a Busy 2012

Last year turned out to be a very full one for Intensity Advisors’ lighting designers, Jeff Ravitz and Kristie Roldan.  There were some repeats of annual projects and there were some unexpected and new jobs.  The first show of the year was both. Bruce Springsteen and The E Street Band has been a client of […]

Well-known for years as Bruce Springsteen’s lighting designer, Jeff Ravitz has since forged a reputation for transforming live entertainment performances and arena extravaganzas into exciting, but also broadcast-proper, television shows. 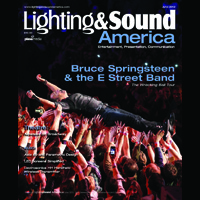 In the concert world, Bruce Springsteen’s shows are legendary, and deservedly so. A
performance can top three hours, and the song list changes from night to night. If a fan hands him a note with a song on it, there’s a chance he will play it…

CHAUVET® Professional products are out on the road this summer with Bruce Springsteen and the E Street Band’s Wrecking Ball Tour.

Jeff Ravitz has a long history with designing tours for Bruce Springsteen and The E Street Band, with the latest Wrecking Ball Tour being no exception.

Lighting designer Jeff Ravitz designed the television and live-show lighting for a PBS special commemorating what would have been Buddy Holly’s 75th birthday, titled Buddy Holly: Listen To Me and shot at Hollywood¹s Music Box Theatre.

North Hollywood, CA— Lighting designer, Jeff Ravitz, designed the television and live-show
lighting for a PBS special commemorating what would have been Buddy Holly’s 75th birthday. The program begins nationwide airings on Public Television in December. 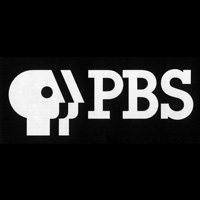 Jeff Ravitz created the lighting for the recent Daniel O’Donnell concert, which is airing this month on PBS stations nationwide. The show was shot at the iconic Ryman Auditorium in Nashville before an audience of adoring fans spanning a surprisingly wide age demographic.